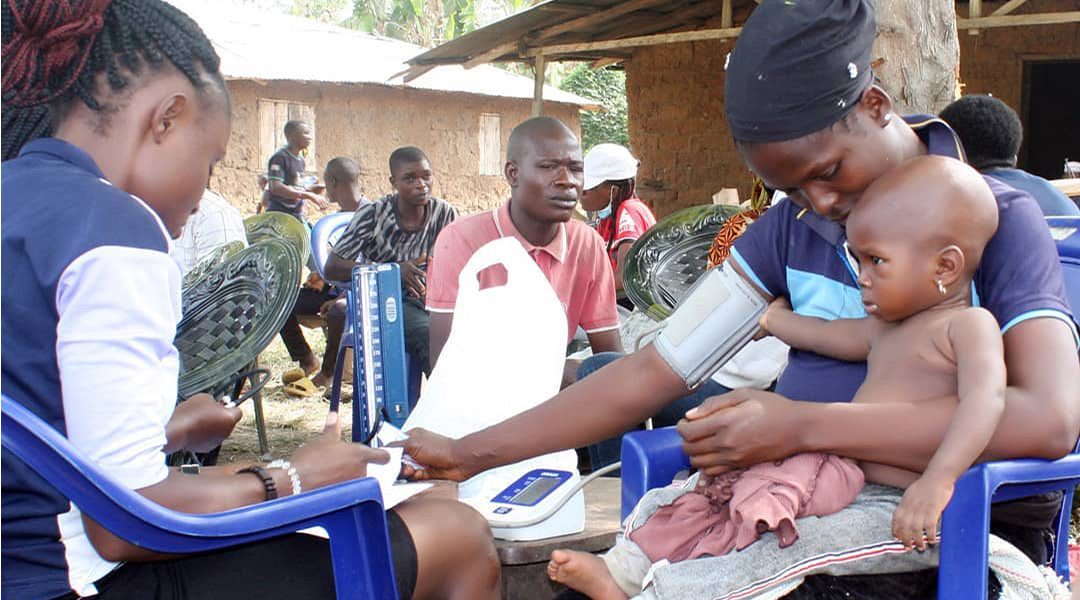 All good stories starts once upon a time. The time of this story is set to fifteen years ago. In 2007, when STOG Mission, embarked on a missionary journey to a village called; Jodala, hidden deep within the forest, enclosed by trees and the whistle notes of birds ticking each day.

Few years ago, this village lived secluded from the rest of the world, even within their country. The roads were not mapped out and tared. The glory of ancient times marked with traditional tools and subsistence, hung in the air. You could say perhaps, colonization, globalization and capitalist adventure forgot to pay them a visit. The young boys became men and the young girls, women. Each never tasting the fruits of civilization but everything changed when STOG Mission arrived, bringing the light with them. The people were awed, the children, thrilled at what they saw and GOD, glorified.

Then something happened! Sinmi, was forced to flee from the town, community dwellers with sticks, hot on her trail. Before you start conjuring up images in your mind, let me paint you the big picture. There are things that you must know. Things the eyes have seen and the ears have heard but the mouth has not told, until now.

The village of Jodala, located in the South-western part of Nigeria, is surrounded by Ajonjo, Kotokan, Ologbade and Idiesu community. The community dwellers had for long lived there with no one stepping out of its zone. Almost as if an oracle forbid them to. Consequently, the fertility rate of the community was very high with about one hundred and fifty(150) infants/children upon the arrival of the Mission. They engaged in underage marriage and were idol worshippers.

STOG Mission however, was not fazed by this. Determined to spread the light inherent in the gospel, STOG began engaging the people with various activities like, drama presentations, welfare packages and medical aids. Regardless of the little they had, they gave joyfully to the people (clothes, drugs, food, etc). The Mission continuously visited the community, each time introducing new ideas/innovation. Gradually, the village began to flourish spiritually, economically, socially and educational-wise until the people became well grounded. These, they did with the mind that; to reach the people, they would have to become a part of the people as, one can not change a community he/she is not part of. They were eventually able to successfully establish a church which has later on been renovated.

However, success wasn’t met without difficulties. The persistence of the Mission was put to the test during their first visit. The night had hung heavily over them, enclosing them in its tight grasp. Still they pushed on, trekking for over three hours from the junction of Lalupo to get to the community due to mobility-related issues. Their second visit, was met with children, thrilled by the sight of a motorbike. You should know, that many of these people had lived in the community for more than seventy years without knowledge of the gems of civilization and modernization.

It was during one of the visits to the community, Sinmi stood to defend the innocence of an eleven year old girl who was to be married to a sixty year old elderly man, old enough to be her grandfather. The people revolted and ignorantly chased Sinmi with sticks. She was forced to flee for her life and unfortunately, unable to save the young girl. It wasn’t until years after, that the elders of the community came apologize for this incident. By this time, the young girl had given birth to two children.

Nevertheless, Jodala community has today gone through levels of development evident in their standard of living and level of education/awareness. The Mission strived to provide vocational trainings and adult education for the people. Even the children were not left out as two of the children whom the Mission was able to take from the community, have grown up to be responsible, well educated adults who are graduates of the university today and very functional in the Mission. Now, we can boldly say, ‘and they all lived happily ever after’.